Hitler, Snakes and The Red Fort

I took photos of the fireworks before they were taken downstairs to join the stunning array of sound and light coming up to the 13th floor here from Bangalore below, on the evening of Diwali. Holy Cow for REALS. Mostly noisemakers, and these guys have "atomic bombs" and a bunch of what we would call black cats. Also there are fireworks with pictures of The Red Fort, elephants, peacocks, trains, a movie star, snakes, Hitler (yeah, really), a penguin (poor penguin)...

I walked too far today and my feet are exhausted. The dog is in the room with me and everyone else has gone down to set off Hitler and the snakes.

Here are photos of the fireworks. Many are as Chinese made as ours usually are, just packaged for the Indian market. Some, though, were local. I didn't have time to document each one; Raghu wanted to take them off and light them. I remember being a kid with fireworks, so I totally understand. 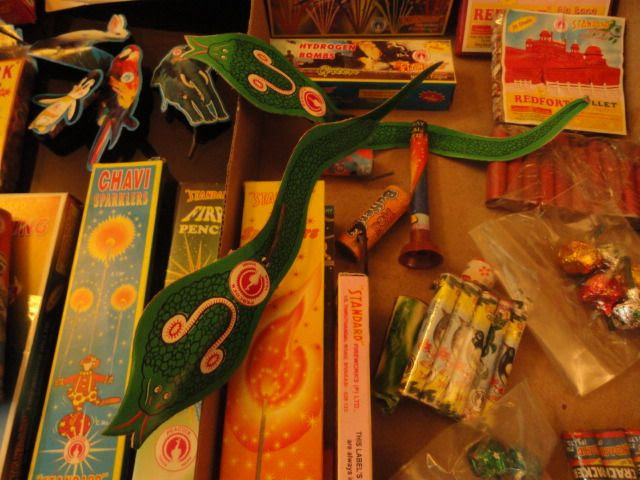 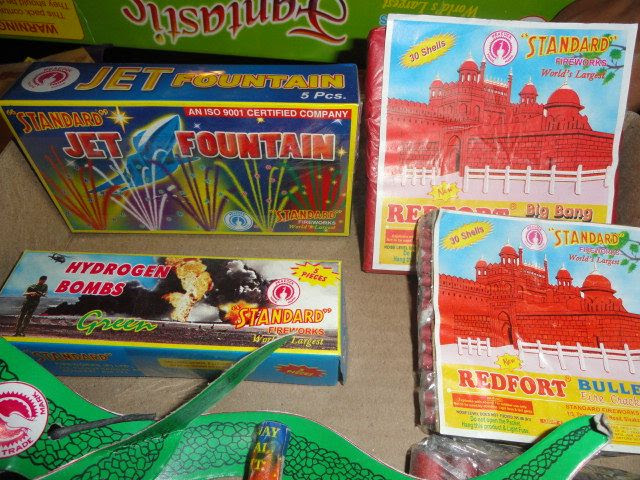 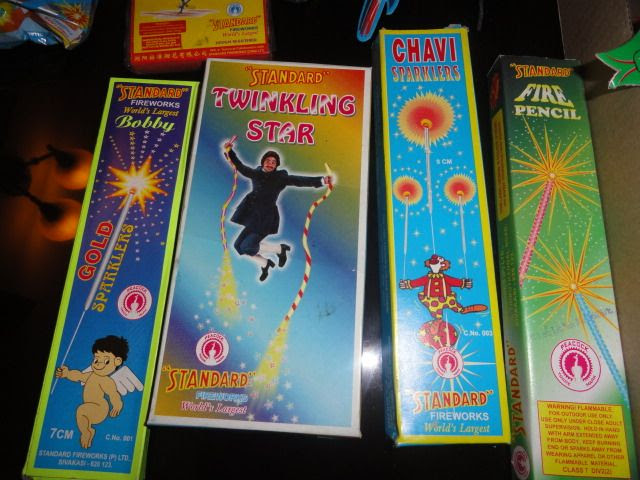 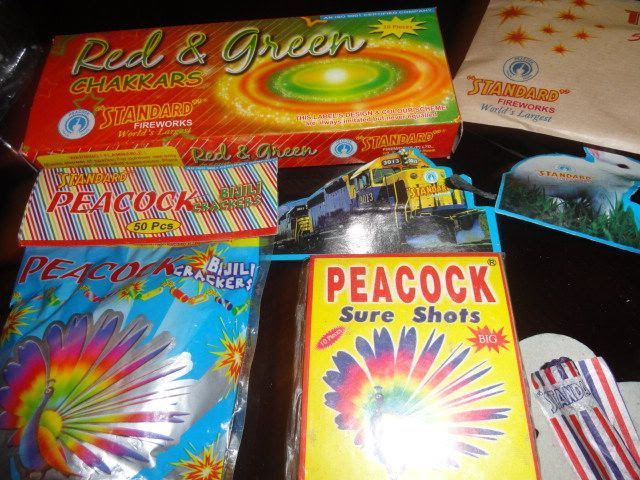 Naragasuran was a demon killed by Krishna, and part of the celebrations are about that (one day of five?), so this "letter bomb" is addressed to Naragasuran, in Hell. 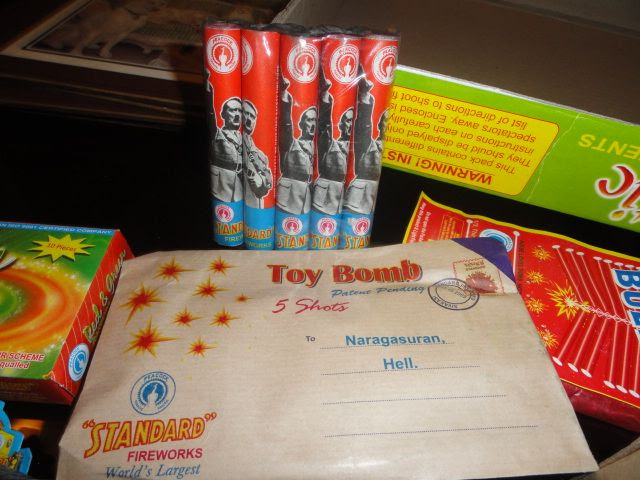 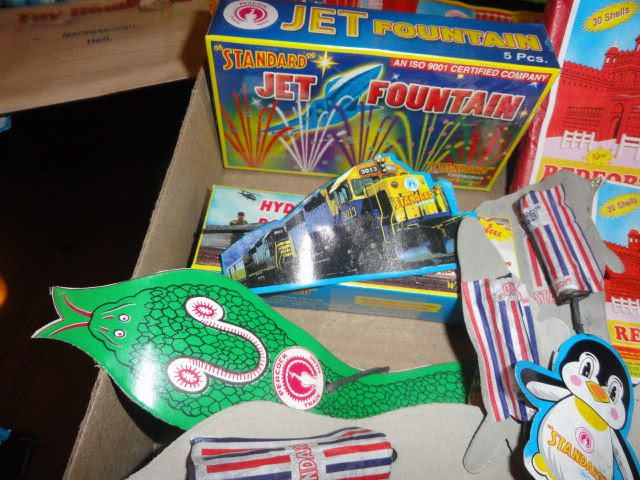 Ayyan's is an Indian company. This one might have been made in India. The picture is of a famous movie actress. 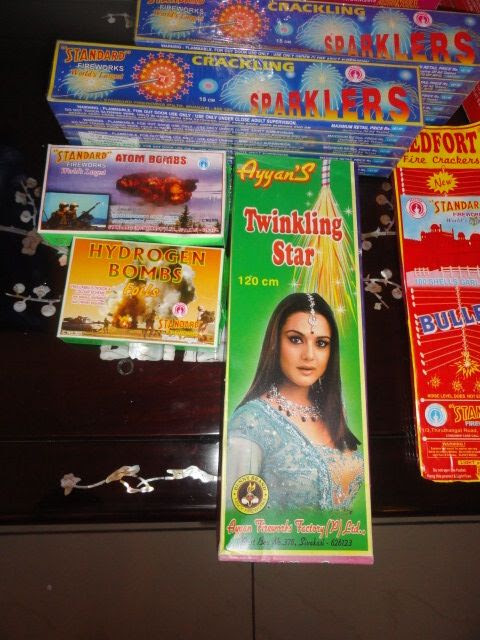 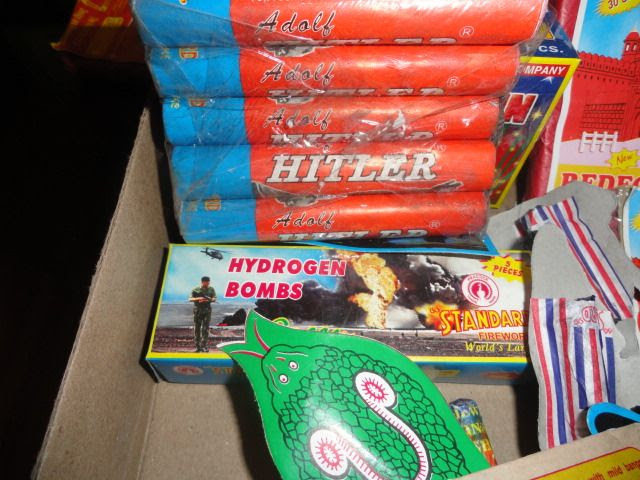 9:15 pm:
Two hours later and the fireworks are WAY louder then when I wrote before.
Posted by Sandra Dodd at 7:02 AM

Diary Of An Unconscious Mother said...

i totally love that their fireworks have meaning too.

When we lived in Varanassi,our house came with a Hitler padlock for the front door! Looks like you all had a good stash for Diwali... sure beats the 4th of July, doesn't it?