A cross-dressing man in a sari was peeking in the window of the car and trying to open the car door, gently, and speaking to Hema, when we got in the car after the bookstore. Crossing the street had been scary, with six lanes of traffic in three lanes of road and no crosswalk, but that was okay, until I got in the car and saw this other person trying (slightly zombielike) to open Hema's door.

I said "Someone's trying to talk to you." And then I noticed it was a man's voice. Hema said it was a eunuch; no, not a eunuch. We talked about eunuchs then, but he wasn't one. He was a transgendered beggar, I think.

Outside the bookstore was a set of signs for a feel happy organization of some sort, which I will learn more about. [Happy Thoughts] And the store had all sorts of music and books, but no cards. There was an Elvis book right below the register, and a Michael Jackson section in the CDs. 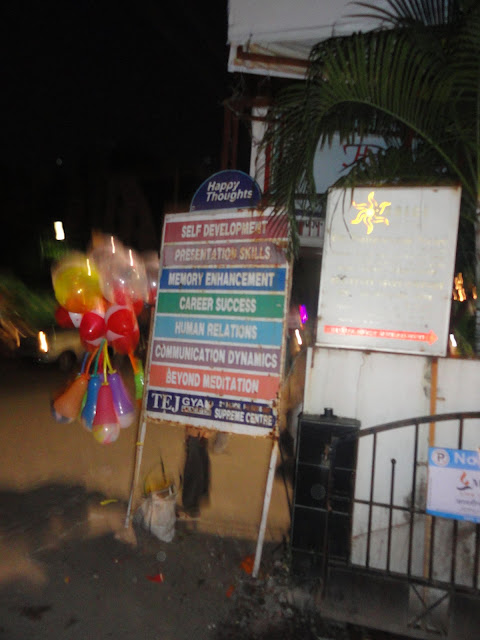 
I stayed with Zoya tonight.  We played games and watched movies, had food, and combed each others' hair.  We played with the puppy and talked. 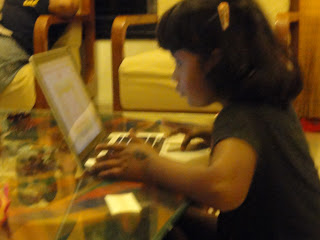 Yes, probably, on the "eunuch," as a traditional translation for the term.

http://en.wikipedia.org/wiki/Hijra_(South_Asia) (This isn't intended to disturb people. Don't read it if you don't already know something about eunuchs.)

Fascinating, Sandra. Good thing it's not "Learn Nothing Day"!

I watched the short vid - they do take the "horn please" direction to heart. It would take me some time to get used to the cacophony. I'd definitely like to experience it, though.

In the meantime, the Pacific Northwest is experiencing its first windstorm of the season. Only loud in gusts :-)

Wrong country but I'm mentioning this because I like the phrase "We are the sparrows of paradise".

My experience of being driven around in India is that the honking really works to keep drivers aware of who is where.